It took us longer than expected to get ourselves prepared. Every time we packed, we embarked on cuddling, kissing and embracing each. The time was finally here, it was time for Natasha to leave. She looked scintillating in her well accentuated makeup. Her beauty was my pride and weakness. From way back in university, I had perfected the art of applying makeup and she turned me into her makeup artist.

With her fairly done makeup and outfit, I couldn’t get my eyes off her. She was an angel living among men. As expected, I was to drive her to the airport. ” Hey, Darling, how about you drive us today?” I asked as we headed for the car. Her eyes shot towards my direction and she grinned a little. Over time, she had brought up the issue of driving me to and from work but I was adamant to grant her the chance.

She looked surprised but she agreed to it eventually. I sat on the front left seat as we drove off. Nothing much was said and the atmosphere felt a little bit uncomfortable. She noticed my restlessness but she was convinced that the thought of her absence was the reason as to why I was getting pinned down emotionally. As we approached the airport I pulled out a gift box from the back seat and handed it to her. In it was a brand new golden necklace that I had bought the previous day. It was encoded with her name on it encrypted with a love sign on top.

Upon arriving at the airport, we did some small shopping to fill up the items she needed. I wore a sad face and she looked teary. We kissed and cuddled every second. She was my partner and my best friend and she was going to leave for a whole week, something that had never happened before. As we sat waiting, our hands entangled, the announcement of the arrival of the plane she was to board came quicker than expected.

We held each other and she cried so hysterically. We kissed and hugged before seeing her off. I waited until she disappeared in the crowds. Tears were flowing down my cheeks. I took a deep breath then turned to leave. On my way home, I couldn’t stop thinking of the good times we had. Her infectious beauty, her contagion smile and her sweet personality.

The trip back was shorter than expected, I was confused and it felt like I was dying inside. I was already missing Natasha. Her soft touch, her kind heart.

I took sometime before departing from the car. My headache had worsened and my feet felt weaker than you can imagine. As I entered the apartment’s elevator, I reached for my phone to make a call. I unlocked the screen and like a bad omen, the message I had read popped up. I quickly switched to the dial pad and called Natasha. She picked and as we were talking, flirting and laughing throughout the call, I suddenly stopped midair. The air in my vocal chords became tense. I couldn’t utter a word.

My nerves froze, my heartbeat rose, my temperature escalated as my blood pressure got elevated. ” Hello…hello…are you there my love?” Came Natasha’s worried voice. “Is everything alright?” I could hear her scream at the top of her voice. I was startled. I quickly came back to my senses and managed to convince my girlfriend that all was well while indeed nothing was close to being well. I stepped out of the elevator and just outside my door sat the basket. In it, a beautiful baby girl. I looked around but there was no one.

The angelic creature smiled at me. I wished it was a dream but the reality was so immense. The resemblance was undeniable, she had my eyes and lips. Her small beautiful nose well positioned on her face. She was a stunning beauty. Inside the basket was a note and it read, ” She is the first fruit of my womb, please take good care of her. Her name is Natalie.” I knew I wasn’t getting out of this situation any time and there is no way I was going to let Natasha into this situation. I was going to handle it my way…. 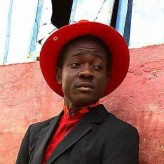