Paulo Colho wrote, “Always be aware of the place where you are brought to tears… that is where your treasure is.”

How was I to know that my father would utter the mystical ‘it is complicated’ statement? What is complicated? Who even came up with such a thought? A second time running, my number one had chosen to head to Timbuktu leaving me stranded on the sidewalks of life. The one who had assured me of heaven on earth could not keep his word… I had to swallow the knot in my throat, pretend all was well and start again. This is life after all, right?

My best friend on the highways of poverty too laughed at me. Telling all and sundry, about my huge dreams that would never come to pass. And guess what, she wasn’t the first to utter this. She even swore to laugh at the top of KICC. She could not understand how this girl would have such a daring dream. How I would ever afford a university education. How after my proverbial ‘prodigal son returning home scenario’, my American based dad would claim not to afford me.  Pleasee, let me laugh now. Back then, my heart was torn to pieces. I had been struggling for survival in the heart of Nairobi. Living from hand to mouth.   I had no future to look forward to. Success was shutting its door on me at every turn. Leaving me to nurse my despair and rejection alone.

My friend, it does not matter what they have said. What you have done. Who you are. Your destiny will come to pass. There’s nobody who achieved success that got it instantly.  Do not waste your time with explanations. People only hear what they want to hear. Walt Disney had been fired by a newspaper editor “for lack of creativity.” Years down the line, he purchased ABC, which owned the Kansas City Star.  This meant that the newspaper that once fired him had become part of the empire he created. Rejected also over 300 times by bankers who thought his idea of Mickey Mouse was absurd, he brought us Disney World and Lion King.

Psy began singing in 2000, made over ten albums and still no one recognized him. People laughed at his weird senseless songs …and he almost gave up on music. Then he released ‘Gangnam Style’ and the world fell in love with him. Today, Psy has been a global sensation earning millions of dollars and had one of the most watched YouTube videos.

Alek Wek, once a poor ebony skinny Sudanese refugee girl in Britain, cleaned toilets for a living. No one ever expected that she would dominate the world of fashion as a supermodel. Today she’s a world supermodel, whose career launched with the likes of Tyra Banks and has made appearances on Glamour magazines across the globe. She is a brand ambassador earning millions just from her looks.

Barack Obama, a poor skinny boy of African origins announced he wanted to be president of the US someday. His class assumed it was just a childhood dream. After all, how would a black boy ever be president in America? Years later, now well educated, and with a family of his own; when he announced he wanted to be president, the US laughed at him. He was not rich, experienced or white. Yet today, Barack Obama is on record as a retired President of the US, with two terms under his belt.

British singer Adele nursed a broken-heart. Her boyfriend had dumped her, citing that she was fat and ugly. Today she is a high earning British Singer who has won eight of the coveted Grammy Awards.

Come on now, Yes, you too, your story will change. But, only if you persist long enough. Listen to that small voice within. What is it that you want so bad? Who are you? You are what you believe to be. Listen to your heart, it knows all things, advises Coelho. You have to be brave enough to say goodbyes, and life will reward you with a new hello.

Fear derails.  Block it out! Cast away all self-doubt. The script has 365 episodes asking us to not be afraid. You have to take this literary and apply it. You have to decide to be a winner. You have to trust in God entirely, holding nothing for yourself. Those who talk will do so by day and at nightfall, they too will sleep. You owe no one an explanation or an apology. Live your life. Remember, you shall face the evening of your life alone. Ensure you get there with no regrets.

I made a decision to never cry again. After all, what was I gaining? Why would I go to bed with a heavy heart and move about with a sulky face? It is okay, they had left. No one to count on. But remember, at your place of tears, you are alone. Besides it all, I was alive and kicking. I had to start living again. And I did just that. Today when I look back, I regret not having made the decision – to sever all ties earlier. I lead an alone life, but happiness and satisfaction are an understatement in that regard.  I am pursuing my dreams and ticking off my bucket list as I go along.

It is a tough call. Loneliness is not a journey for the weak. There are times you will want the world to swallow you whole, and it won’t. Howeer, after making the decision, there is no looking back. Your future and greatness lie not in the rear-view mirror of your life; look forward. Arise now and dismantle all limits. It is your time to soar. Hold the hand of the child that lives in your soul. For this child, nothing is impossible. Do not let your precious tears fall again in vain. Arise and beyond the horizon, the sun shall rise again. 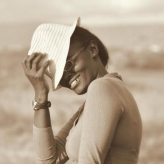 Next StoryWhat is that which ignites your inner being to endless happiness and joy?